Most diets are doomed to fail!

Some diets do points, some do calories that you have to count yourself.

The Body Renovator system, (designed by John Terilli), is unique. We’ve already worked out the calories, fats and carbohydrate balance and this ratio changes every month. It’s worked out according to your weight. This means that, for example, a husband and wife can use the same nutrition plan and simply have different portion sizes

Every 3 days you get food you’re not allowed to have on diets normally so there is less chance of bingeing. You get pizza, ice cream and beer and still lose weight.

John is an expert at this as he spent a year in an obesity clinic in the U.S. working with doctors where they conducted experiments using double blind trials on the effects of nutrition and exercise on fat loss.

There is also a maintenance system for when you have achieved your ideal weight. This is where other weight loss systems fail- no maintenance plans. They promote the idea of ‘a diet’ to just lose the weight. People are left floundering and usually resume the eating habits that led them there in the first place.

The body Renovator system’s maintenance plan teaches you how to eat the foods that made you fat originally and not gain weight. This eliminates bingeing. 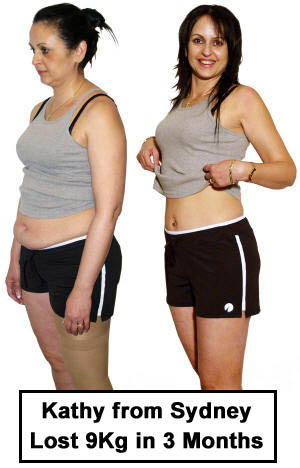 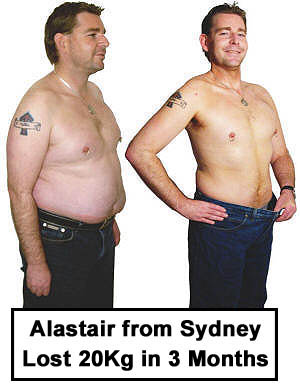 To find out more, check out: BodyRenovator Website (you’ll even find free samples!)

No need for cosmetic surgery

As you lose body fat and increase lean tissue your skin will start to tighten around your face, neck, stomach, buttocks and thighs. People pay surgeons a fortune for this effect.

Certain types of workouts promote the production of growth hormone, (the body’s anti ageing hormone), which increases the production of collagen. At Broadway Gym we specialise in workouts to help you achieve these goals. John Terilli has been experimenting for decades to find the optimum balance with training and recuperation.

The increase of blood flow around the system helps detoxify leaving your skin clearer, cleaner and fresher.

Your sleep is of a better quality and you wake feeling refreshed- there’s a distinct absence of bags under the eyes. You release growth hormone when you sleep, tissue is repaired and new tissue sythesised.

The type of training we do at Broadway Gym is training that serves the top 1% of elite athletes. This type of training is going to be of the greatest benefit to the ageing population.
John became interested in this when observing his parents and their friends, most of whom are in their eighties. He started working with these people to help improve their quality of life which had deteriorated as a result of weaknesses. Both muscle strength and mass can be decreased by as much as 50% between the ages of thirty and fifty.
Many people regard this as a normal effect of ageing. At Broadway Gym, we don’t agree with that, or regard it as normal. Both John and myself are in our mid fifties and are carrying more muscle than we did in our early twenties. We haven’t accepted that we should deteriorate with age
There are two major types of muscle in the body
1. Smooth muscle- your involuntary muscles e.g. intestinal muscles
2. Skeletal muscle- this is the type most of us think of when we think of muscles
Skeletal muscle’s fast twitch fibres- the ones associated with short, explosive movements are the ones which decline most with age. This leads to a loss of strength and a loss of balance which makes catching oneself when falling incredibly difficult. Once a fall causes a hip fracture or some other serious injury, mobility is gone.
Skeletal muscle loss occurs with age in all mammals and probably results in a cumulative failure to repair damage caused by normal use.
Age related changes in skeletal muscle resemble the functional and physical changes that occur with muscular dystrophy, (at a slower rate, of course).
The custom-made and scratched equipment we have here at Broadway Gym is designed to work muscles through their full range of motion in the same way as exercises shown to you by a rehab practitioner. The equipment makes you work- unlike some modern equipment which does the work for you.
All this will go a long way to giving you fitness levels of a much younger person. This type of training raises the levels of IGF1,(insulin-like growth factor 1), in the body which has important anabolic effect in adults.