Caffeine has been demonised over the last few years and wrongfully so.

It’s classed as a psychoactive drug and blocks the effects of adenosine which sends signals to your brain that you’re tired. This is why it makes you more alert. That mental clarity and focus is important when you train to enable you to get the most out of your workouts.

Studies by the University of Nebraska-Lincoln had subjects not only increasing their one rep max, but were also able to do more reps on 80% of their 1RM  if they had had a caffeinated drink one hour prior to training.

Caffeine also forces the body’s fat deposits to release into the bloodstream to be utilised for energy. It also raises the basal metabolic rate which in turn burns more body fat.

It also widens the airways in the lungs- and an increased oxygen uptake is important in any exercise regime. This goes hand in hand with the increased nitric oxide production which dilates the blood vessels promoting increased blood flow to the working muscles.

Caffeine can also boost glycogen storage and an Australian study showed that subjects who consumed caffeine with post workout carbs had a 70% in muscle glycogen levels  that those who just consumed carbs.

No, we don’t have a coffee shop here at Broadway Gym, we just like coffee. 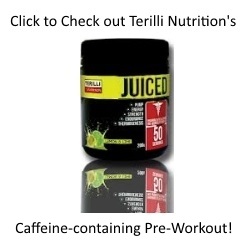 Are Men Really Stronger Than Women

Arnold Schwarzenegger found out how strong he was shortly after he won his first Mr. Universe title. He was asked by a friend to hold a baby – he said after five minutes he thought his arms were going to drop off.

The average mother holds her baby for hours every day and has an endurance ability that is way beyond that of most men, (John Terilli’s words).By understanding and working with different muscle fibres- fast and slow twitch it is possible to create a blueprint for a woman that will last the rest of her life.

The proprioceptors in the skeletal muscles are in simple terms the things that send the messages to the cerebellum about the amount of effort needed in a movement as well as the relative position of one part of the body to another. They, for example, allow you to learn to walk across a room in the dark, or any other physical task.

New tasks can be learned-that’s a given. You get good at things by practising-repeating the movement burns a pathway to the brain so the task eventually becomes second nature. Women merely need to learn to tap into that incredible strength that allows them to hold a baby for hours or endure a pregnancy. Once learned, muscle memory will retain it for life.